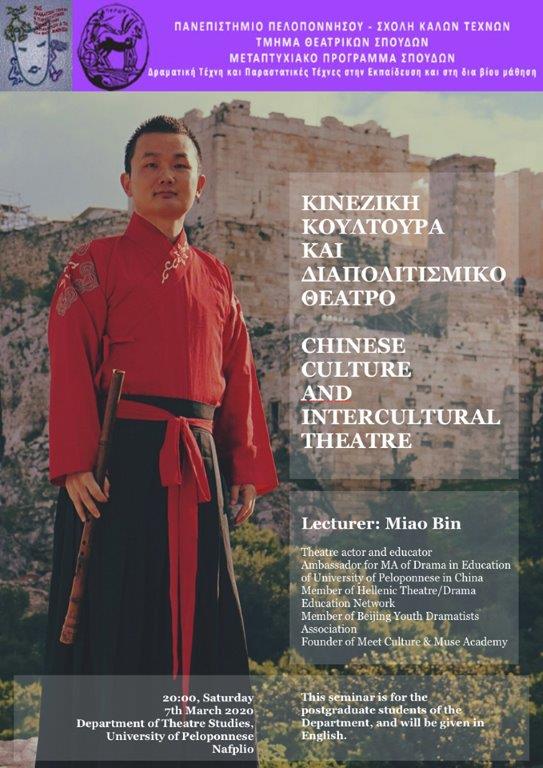 Theatre was born to be intercultural. In the past centuries, there have been many practices on intercultural theatre, however, many and misunderstandings still existed not only for the audiences, but also for the actors and educators. Along these years, there have been more and more exchanges between Greek and Chinese culture, though very few have been implemented on theatre. Improving the culture understanding of the actors and drama educators is essential in the current intercultural environment. Miao Bin recently accomplished his theatre work “Farewell My Concubine”, a Greek Chinese theatre performance which was premiered in Athens (watch the trailer: https://youtu.be/h-PlIQSrPPU).

This seminar will be in English and will include the following topics:

An introduction to Chinese culture, including  demonstrations exercises of several Chinese cultural elements, such as music, martial art, language, etc.;

The case sharing about the Greek Chinese theatre performance “Farewell My Concubine”;

Exercises of improvisation based on the play “Farewell My Concubine”;

Discussions on the relationship between intercultural theatre and drama in education. 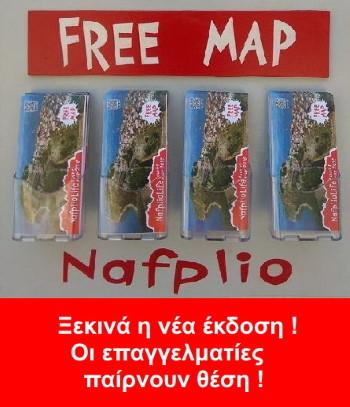 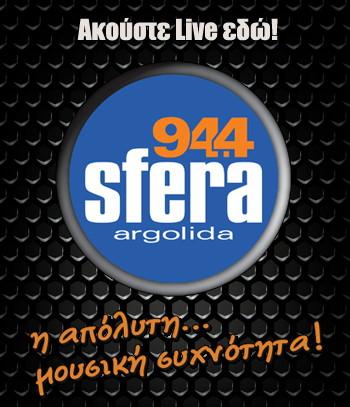